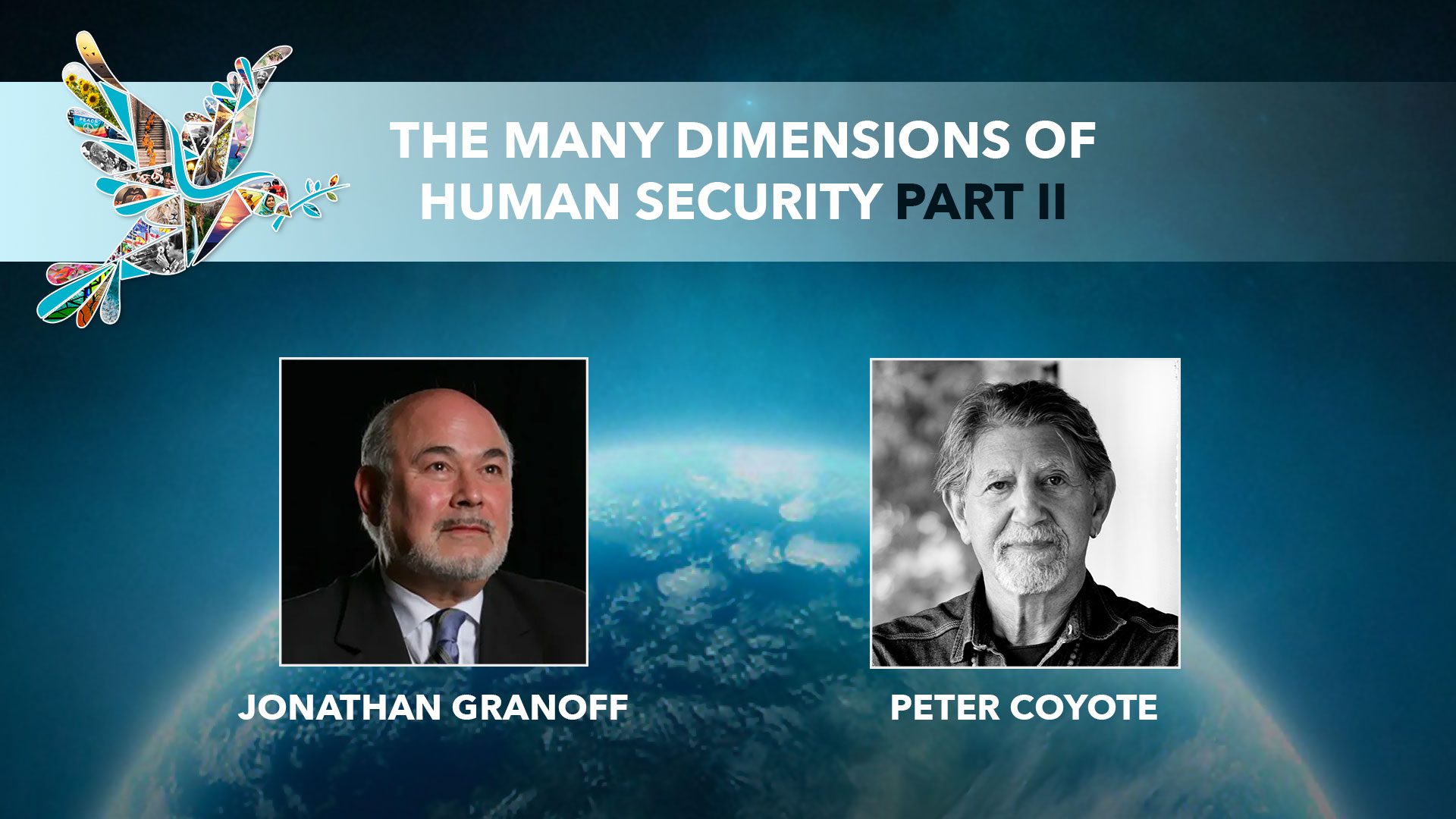 Humanity is making itself an endangered species. Change is needed. Human security is the direct, accurate and needed framework to generate that change. Join this live discussion with Peter Coyote and Jonathan Granoff from Global Security Institute.

Endeavors focused on human security can improve how nations treat each other, how enterprises treat the natural world, and how we pursue happiness. An overemphasis on the threat and use of force to achieve global stability and peace is hazardous in the nuclear age. Using science and technology without regard to the climate, other species, and the regenerative processes of nature is unsustainable. We can better address these challenges by improving our spiritual and psychological well being. This dialogue on the many dimensions of human security will be a lively exploration of these issues by two friends with vastly different approaches and backgrounds.

PETER COYOTE began his career as a film actor and narrator at 39, after a dozen years in the counter-culture of the 1960s and 70s. Since then, he has performed as an actor for distinguished filmmakers, including: Barry Levinson, Roman Polanski, Pedro Almodovar, Steven Spielberg, Martin Ritt, Steven Soderberg, and Sidney Pollack and made 160 films, in three languages.
He served on the California Arts Council during Governor Jerry Brown’s first two terms and was Chairman from 1976 until 1980 during which time the Council’s budget rose from $1-16 million dollars annually and achieved inter-agency agreements to hire artists as Creative Problem Solvers with 14 State agencies.
Mr. Coyote’s memoir of the counter-culture years, Sleeping Where I Fall published by Counterpoint Press in 1999, has been in continuous release ever since. An early chapter from that book, “Carla’s Story, won the 1993/94 Pushcart Prize for Excellence in non-fiction. His 2nd book, The Rainman’s Third Cure, about mentors and teachers, was released in April of 2015 was listed among the top five books in Creative Non-Fiction that year. Two new books—The Lone Ranger and Tonto Meet Buddha,(using masks to create liberated states) and his first volume of poems, Tongue of a Crow were released in November and December of 2021.The poems date from 1964when he came to California to study with poet Robert Duncan up to the present day. He has studied Zen Buddhism since 1974. In 2011 he was ordained as a Zen Buddhist priest and in 2015 received “transmission” from his teacher. He makes his home on a farm in Northern California, with 40 fruit trees, enjoys playing guitar, writing songs, making jam, hanging out with his two dogs. He considers his longest addiction his 1952 Dodge Power Wagon.